This blog is written by celebrity chef and THOR Kitchen brand advocate Derrick Fox. Each month, Chef Fox will be sharing his favorite recipes with step-by-step directions, pictures and his signature style. 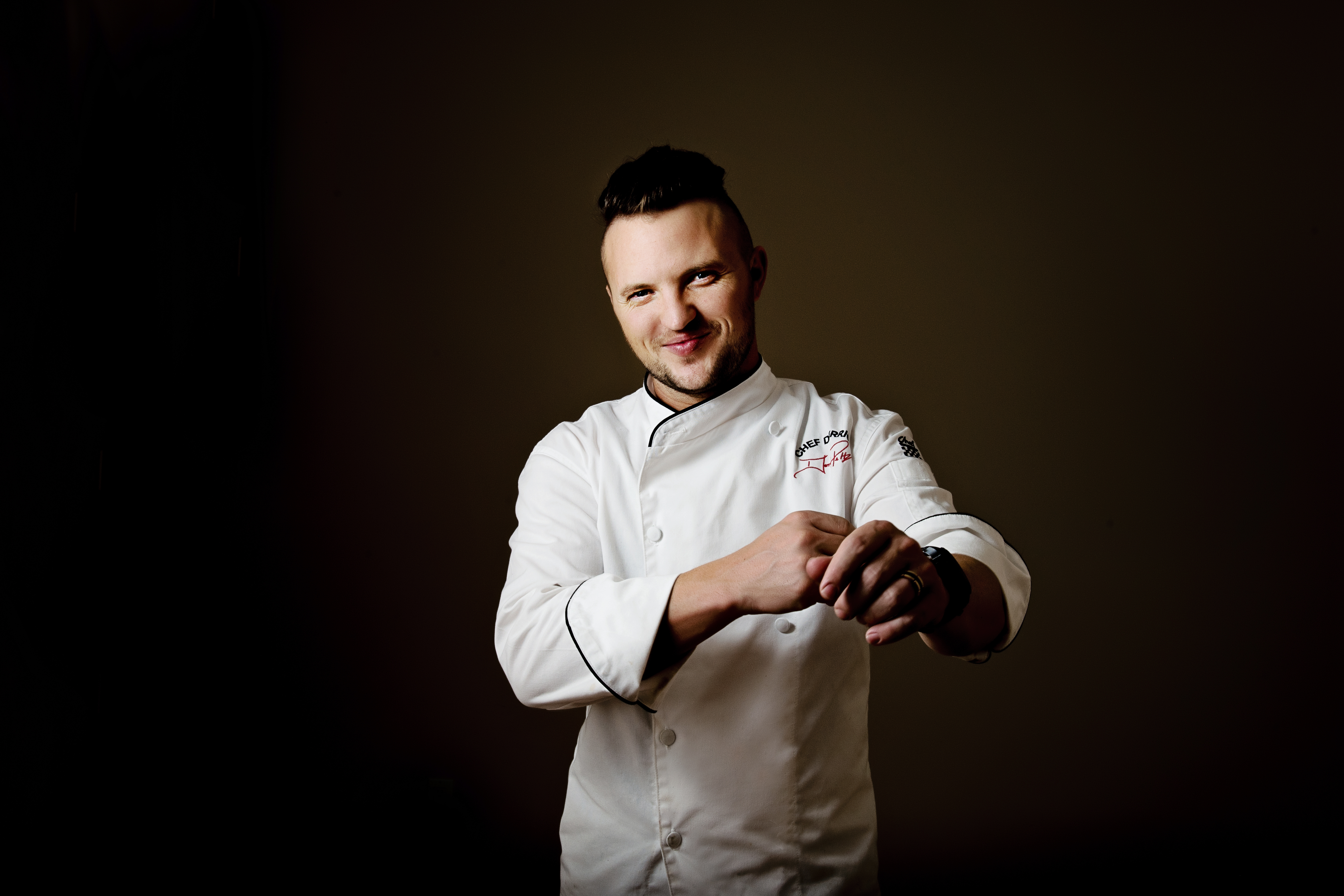 Out of all the ways to cook a burger, I think on a flat top griddle is the best way. Some people call these smash burgers because smashing the burger patty onto the hot, flat surface allows the meat to caramelize and form a crust which creates a flavor unmatched by any other method.

My first job was flipping burgers at McDonald’s, but you don’t actually flip burgers there. You press them on a griddle with another griddle so both sides cook evenly and efficiently.

The first team challenge on MasterChef was a burger challenge cooking for hundreds of people. Everyone on my team was afraid to use the flat tops, so I took this as an opportunity to step up and run the grills, cooking hundreds of burgers all by myself! When I worked at McDonalds, I never imagined I would be on MasterChef fighting my way to the finale, being runner up, and the fan favorite of my season.

I’ve put a few burgers on menus around the country over the years and this is a new recipe I have come up with exclusively for THOR.

Let’s start with our baked potato chips so they are ready and waiting for you when you finish your burger. They’re also fun to snack on while you’re cooking! To prepare the purple potato chips: Slice 2 Japanese purple sweet potatoes super thin with the mandolin, then toss with 1 tablespoon of grapeseed oil. Season with salt and pepper to taste. Bake at 425 degrees for 8 minutes, then flip and bake for another 5-8 minutes depending on color and crunch. For an extra kick of flavor, season with Togarashi, a spicy blend of dried chili peppers and other seasonings. 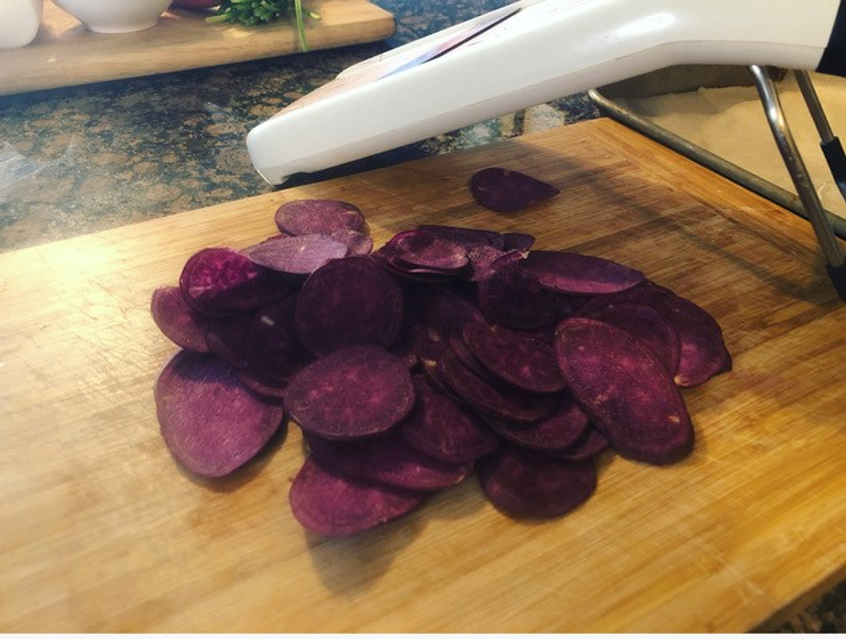 To prepare the slaw: Shred the purple cabbage and iceberg lettuce and place in a large mixing bowl. Then julienne the carrots, daikon radish and watermelon radish and add to the bowl. Add cilantro leaves and give a good toss. Assemble the Miso dressing: Place all ingredients in the small mixing bowl and whisk until smooth. Mix into your slaw mixture. Once dressed, add in the black sesame seeds. Add them after so you can see them outside of the dressing. To prepare the Cilantro Aioli: This step is so simple! Place all the ingredients in a blender and blend on high until cilantro is completely incorporated and your aioli is bright green. Add more mayo to thicken if need. Keep in mind that cilantro bunches have different amounts of moisture, so adjust accordingly. To prepare the burger: The best burgers always have a bold fat ratio, so my favorite meat to make a burger with is 80/20 Kobe beef.

Cook the first side for about 2 minutes, then flip.

After about 45 seconds on the second side, add the pepper jack cheese to start melting. When finished, let rest for a couple minutes, then build your burger.

Assembling the burger: Melt two tablespoons of butter and brush the melted butter on the inside of the Brioche bun. Toast bun on the flat top or cast-iron pan until nice and golden brown. Keep an eye on it – it happens fast! 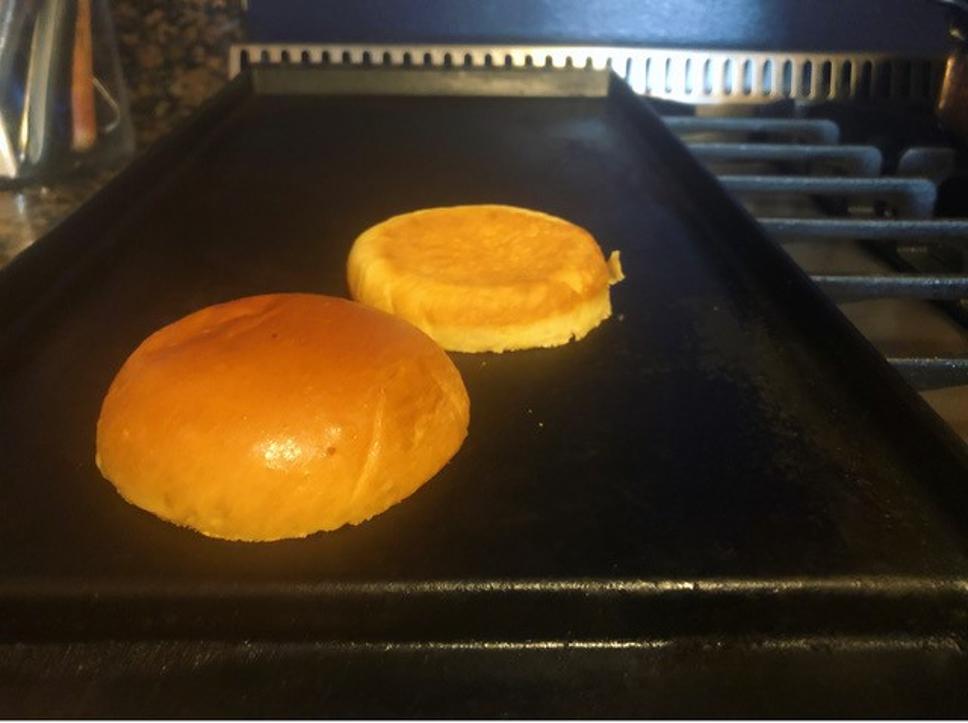 On the bottom bun, spread some of the cilantro aioli. Place the burger on top. If you like some heat, this is a great time to add Sriracha Sauce! Then place a heaping pile of slaw on burger, and top with your toasted bun. 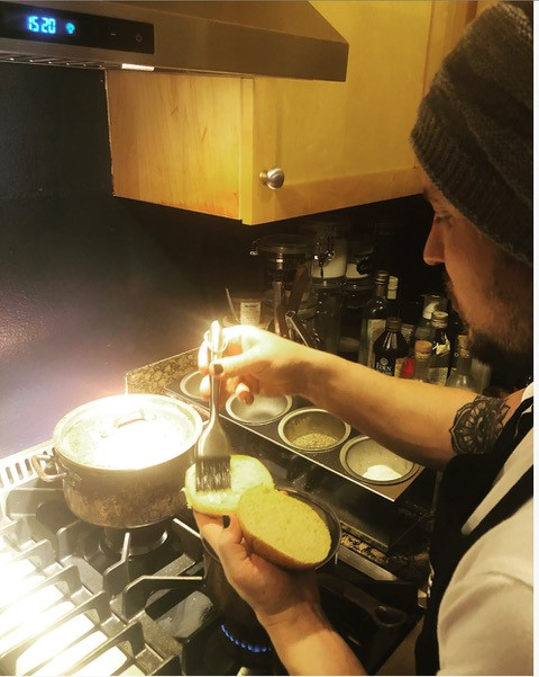 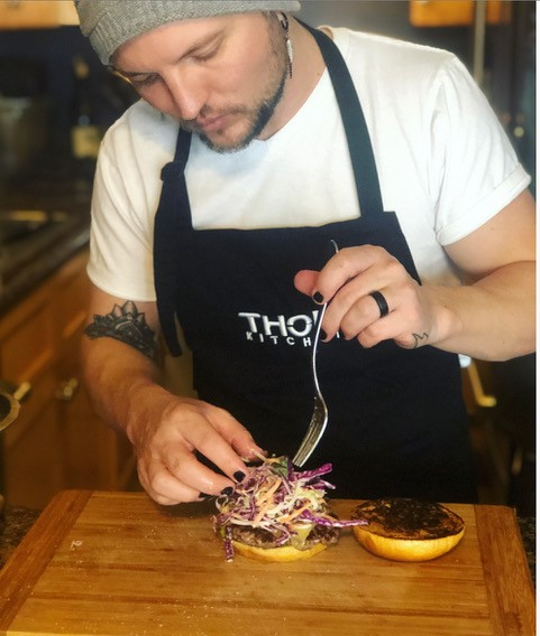 And done! A super easy, non-traditional burger that will wow your taste buds and your guests! This blog is written by celebrity chef and THOR Kitchen brand advocate Derrick Fox. Each month, Chef Fox will be sharing his...

This blog is written by celebrity chef and THOR Kitchen brand advocate Derrick Fox. Each month, Chef Fox will be sharing his...